The People Behind The Portraits

In November, Indian performance artist Nikhil Chopra transformed himself into a Victorian portrait artist at Wolverhampton Art Gallery and, over the course of three days, created a new work exploring cultural connections and historical backgrounds of the people who live in the city today. Rebecca Morris watched the 18-hour performance, which was commissioned by Meadow Arts as part of multi-venue exhibition Shakti. 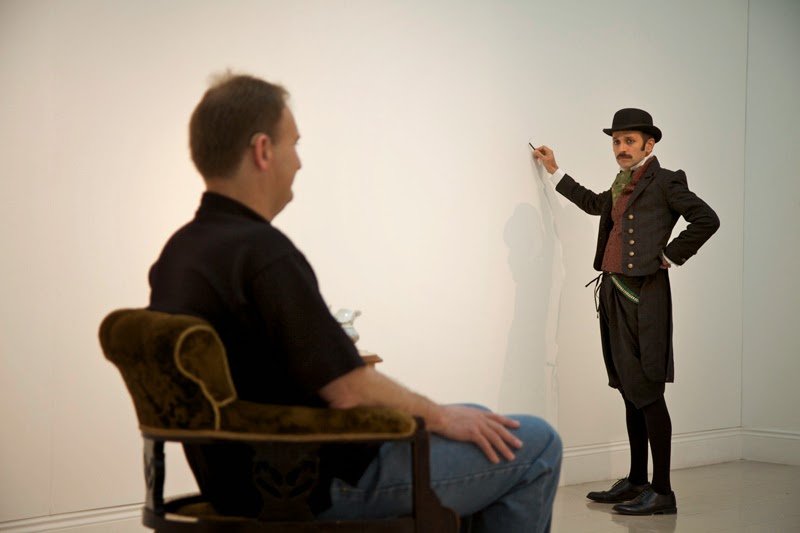 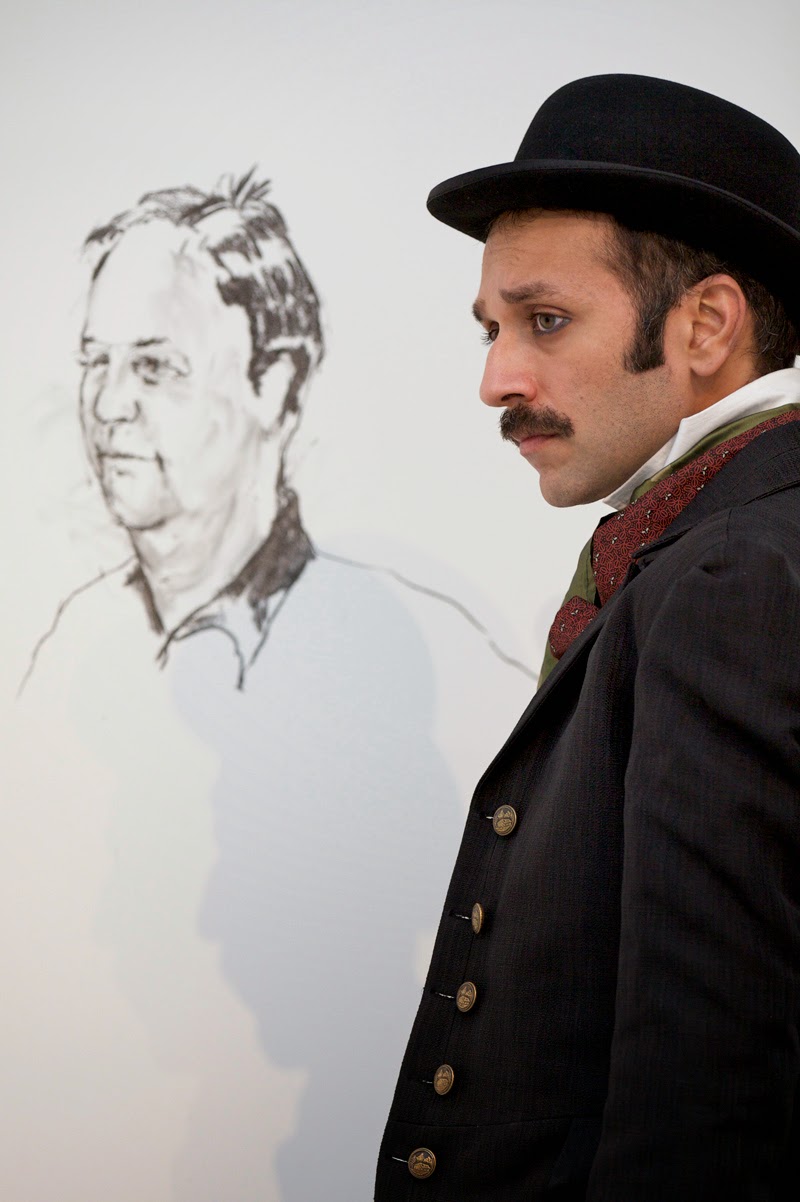 Chopra’s dapper appearance matches the surroundings in the Victorian Gallery. His dark hair is closely cropped with a neat moustache and he is wearing a long Victorian frock coat, complemented by a crisp white shirt, burgundy waistcoat, a green spotted cravat and a black bowler hat. An Indian Dhoti is assembled into regulation black trousers. A portrait from the collection, An Egyptian Beauty by Thomas Pelham (1860-92), hangs on the wall as inspiration for what is to come and assembled in the centre of the gallery on a slightly raised platform there is an antique chair, table and tea service on a carpet from Bantock House Museum amid purple and gold Indian silk fabrics from India. At the side of the gallery, piles of charcoal sticks in a variety of sizes lie in bundles along with several brown paper packages tied up with string. 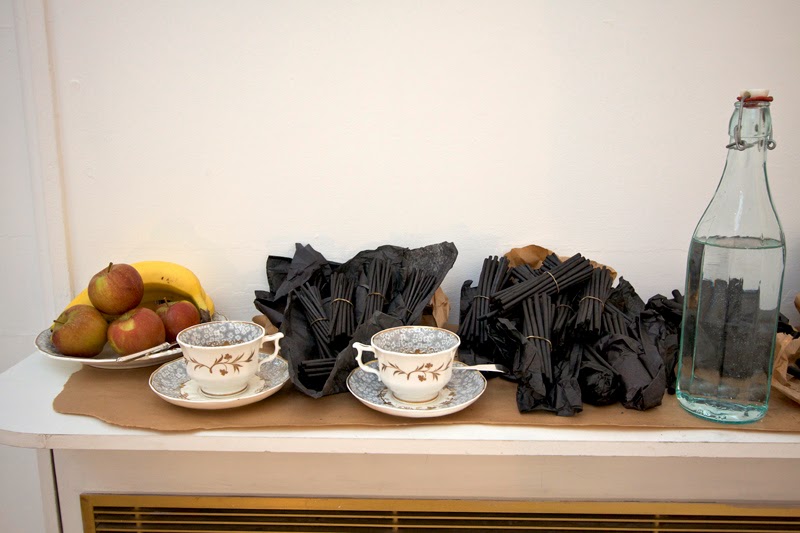 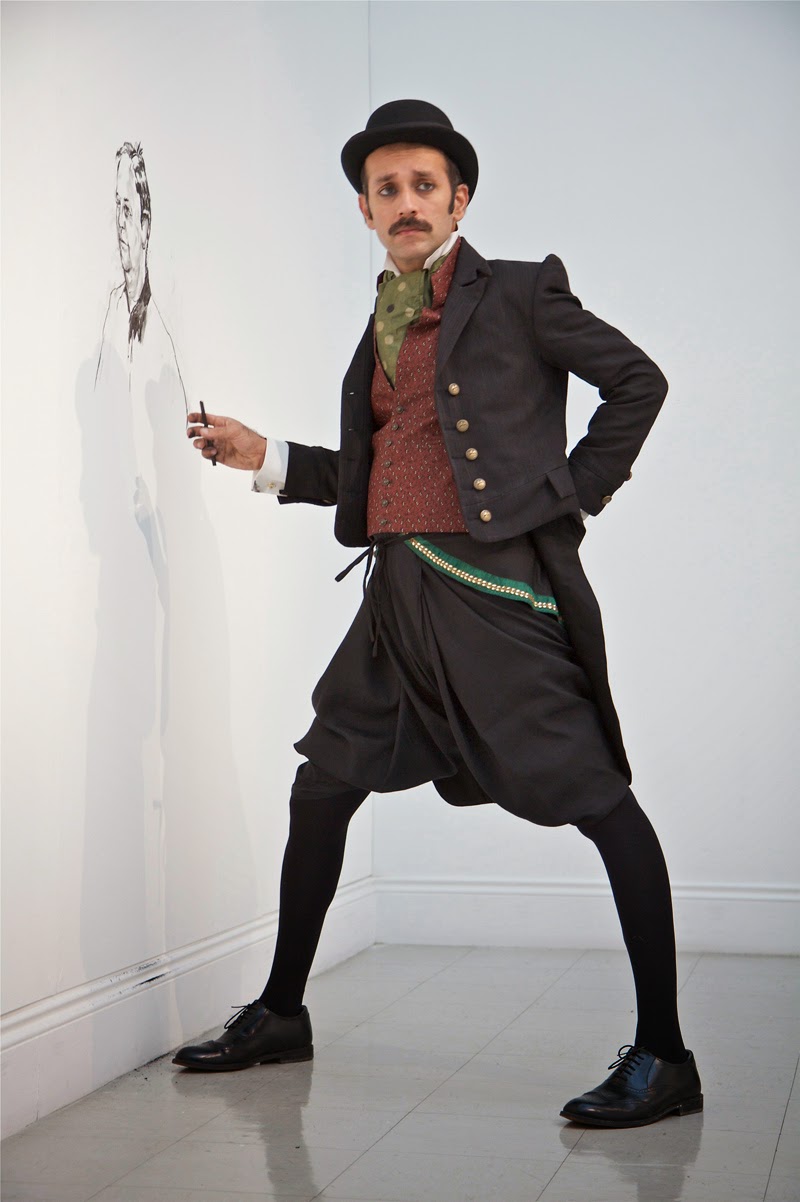 Observed by an audience of art lovers and interested bystanders, Chopra works in silence, communicating only with the people from the audience he selects as sitters and serving them with tea and biscuits from the antique tea service. They either sit or stand by the chair, whose presence is reflected in every portrait.

The event, entitled Space Oddity, has been inspired by the Art Gallery’s collection of Indian artefacts and eight people who have come from other parts of the world to live in Wolverhampton. “The landscape is a Space Oddity and it is an imagined place - a place that could be anywhere,” explains Chopra. “The words allude to the strangeness of a place and it’s an oddity to find all these sitters in the landscape, juxtaposing their reality with a fantasy that isn’t here. The title is familiar to most people as a 1969 song by British Glam Rock icon David Bowie and it was a time in British history of rock and roll, women’s rights, the empowerment of the working class, booming Western economies and migrants in their 100,000s arriving from the ex-colonies to cities like Wolverhampton.”

“The chair appears in each portrait and it has a personality of its own. I felt I understood it better towards the end of the performance and it’s an endless process of discovery and evolution, getting better with every drawing. Maybe the chair is Wolverhampton, mimicking life with the sitters staying for a while, their portraits leaving a trace, a mark, before they go.”